Rearing a new born calf is a very particular business and is certainly not something that you should just leave to play out as it likes. Meticulous planning should be undertaken regarding pretty much every aspect of its young life, starting from the very second that it is born.

The immediate aftermath of the birthing process needs to be managed very carefully, and more often than not the calf will be suffering from overwhelming levels of stress, as well as dehydration. For this reason it is imperative that it begins to feed almost straight away, in an attempt to hydrate the calf, as well as calm it down. There are several rehydration therapy options available that you can adopt to more efficiently combat this difficult time, but being fed mother’s milk directly or from a bottle is still a perfectly reliable path to take.

All calves should be housed in a clean, well ventilated environment that protects from cold temperatures as well as inclement weather. In addition to, this regularly renewed bedding is a must, as it is essential that their bedding is both dry and unsoiled to prevent illness. Lastly access to fresh water never goes amiss, and if this access can be unlimited, unrestricted and unhindered then all the better.

The manner in which you feed and wean your calves should depend entirely on what you have planned for them and how you plan to tackle that approach. Taking beef calves as an example, some may want a quick turnover which will demand a slightly higher cost in return for a more immediate return. Most who follow this train of thought will aim for a year long regime; during which time they will aim to maximise the growth of their calves over the year with the intention of sending it to slaughter once the year is up.

Others may choose a more long-term approach, which will incur less cost. These sorts of plans do not necessarily call for quick growth early on in life so there is less emphasis on fattening up the calf.  In fact most will encourage the calf to wean as early as possible, as their growth can be maximised at a later stage.

When it comes to rearing heifers, a manner similar to raising the quick-turnover calves is generally employed. This is because the larger a heifer is the sooner and more successful she will be at bearing a child and also their ability to produce milk will be vastly improved. When fast growth is your goal, the first 6 weeks of life are key, as it is during this period that the animal’s body will be most efficient at putting the energy gained through food toward its own physical growth.

Calf milk replacers are regularly used to supplement a calf’s diet as they are tailor made to contain the nutrients and minerals that a calf will need to achieve a specific growth rate. Therefore by using them regularly you can improve the energy conversion gained through feeding, thereby improving their growth rate, bettering their immune systems, increasing their disease resistance, and generally lowering mortality rates.

As a result of the augmented growth rates, heifers and bulls will reach maturity sooner, allowing for calving and bulling. For heifers the higher weight does not only mean that they will be able to calve sooner, but also indicates that their lactation yield will be high.

Despite this, it is not actually all that ideal to rush your heifer’s growth, and there are a growing number of people out there who prefer that their heifers are “fit not fat”. This mentality tends to create a more balanced heifer, as the aim is not to rush into calving, possibly delaying the opportunity in favour of achieving more physical growth.

One benefit of this is the bigger the heifer is when it comes to calving the higher it’s wither will be. As well as making the birthing process more easy going, there is a correlation between the height of a heifer’s wither and the capacity of its rumen, specifically the higher the wither, the larger the rumen. The larger rumen capacity allows the heifer to take in more food which has a positive impact on the heifer’s life long milk yield and is especially beneficial when it is heavy with child.

This is the second of our posts which will have calving as their primary focus, so if you found this useful why not view our previous post on Heifer Rearing, or our 3-part Ultimate Lambing Guide, which is made up of: The Lead Up To Lambing, Caring For Newborns and Tail Docking.

Keeping a herd’s numbers up and growing at a steady rate should be an integral part of any farmer’s long term plan. Because of its importance you cannot afford to start worrying about it when it comes to calving season, but rather it should always 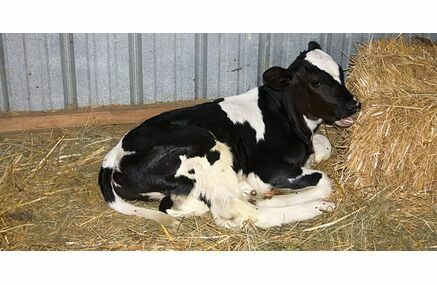 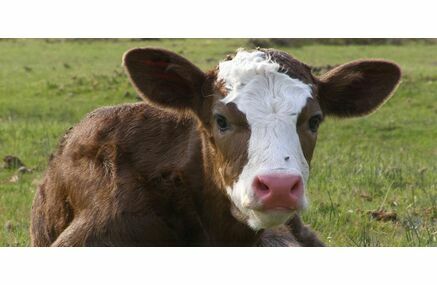 The Ultimate Calving Guide: Weaning Your CalvesWednesday, 30th of April 2014

If left to act independently the weaning process of a calf would be counted in months, but with the right encouragement and a little bit of patience the time it takes can be reduced considerably. The first thing to realise though is that weaning should not