Growing Guide: How To Grow Your Own Sweetcorn

Corn, in all its varieties, is arguably one of the most important crops in modern agriculture. The fact that the same plant that can be use to make the sweetener high fructose corn syrup and the nutritionally beneficial sweetcorn ultimately says a lot about the potential variety within food. Naturally, for this entry of Tanner Trading's Growing Guide, we're covering the latter of these two products; the always delectable and deliciously golden sweetcorn.

Though technically a grain, we prepare and eat sweet corn as a vegetable, albeit one that has to be eaten fresh, canned or frozen right away (due to the mutation process, which converts sugar to starch). Sweetcorn is also unique in that it features its own 'beginners' variety of mini sweetcorn that's notably easier to grow, with the full-sized plants also acting as superb natural windbreaks.

As a wind-pollinated plant, sweetcorn needs to be grown not in rows, but in blocks, so that the pollen is able to travel downard from the male to female flowers for the cobs to grow. Luckily, most sweetcorn seeds are typically large enough to be spread out as desired, making them easier to sow individually, and the blocks themselves can be as large as you have room for!

Growing Your Own Sweetcorn

Though the plant is traditionally a hard sell to growers stuck in our temperate marine zone, the F1 hybrid sweetcorn seeds have been specifically bred for our cooler climates. We definitely recommend these for first time growers, though whether you prefer to use tender sweetcorn (which can be eaten raw) or the naturally red harvest sweetcorn (which is ideal for grilling or roasting) will ultimately depend on you.

In order to create the ideal growing conditions for sweetcorn, you'll need to grow it in April to mid-May using moisture retentive, free-draining soil that's ideally been prepared the autumn before with plenty of well-rotted manure. Sweetcorn can either be sown into pots to germinate, or alternatively the seeds can be directly planted into the soil, though in cooler climates such as ours it's worth protecting any emerging seedlings with fleece.

Sweetcorn thrives in the warm, sunny positions of your garden that aren't overly windy, and for most varieties you'll want to leave around 18" between plants. Plenty of water is required to have your sweetcorn give you a bountiful bunch of cobs; feed immediately after planting, and ensure you are watering them continuously through the growing season. When your cobs start sprouting, make sure you tap the upper ones to help spread the pollen around.

When the hair on the upper part of the cob (known as 'the beard') begins to brown, that's a good sign as any that the corn is ready to harvest. If you want to be extra sure, peak back a leaf and squeeze an individual kernel; if a milk-coloured liquid spills out, then it's quite surely ripe. Simply twist the cob and pull it from the plant.

Whilst weeds can be hoed and removed as normal, other potential pests who act as the biggest enemies of growing sweetcorn plants include birds, mice, slugs and snails. These can be controlled with 'slug pubs', eggshell barriers and sawdust. Sweetcorn has brittle roots, so it must not be transplanted, and remember once you've harvested your cobs to plunge them into a pan of boiling water, as this prevents them from quickly losing their flavour.

For future entries of Tanner Trading's Growing Guide, keep an eye on our Facebook page, Twitter and Google+. 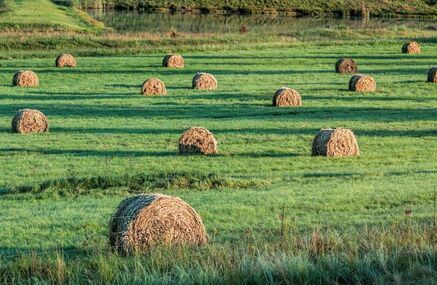 The Benefits Of Modern Farming PracticesThursday, 26th of March 2015

Farming and agriculture has existed for as long as the human race have been living on this planet, and in many ways it has evolved alongside us. For the longest time, the food we ate and the clothes we wore were completely dependent on agriculture, and though 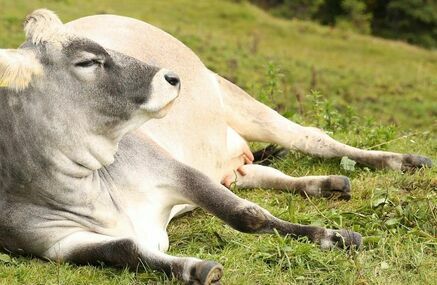 Calving is a difficult and stressful time for even the most healthy, well looked after cow, which is why as a farmer it is essential that you know what you can do to make the whole thing as easy on both mother and calf as possible. As you'd expect, heifers 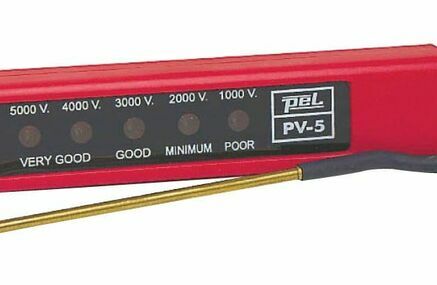 Electric fencing is an important part of modern livestock management and can go a long way toward keeping your horses, cattle, sheep, pigs, goats and more safe from predators and potentially getting lost. Depending on the electric fence equipment you have