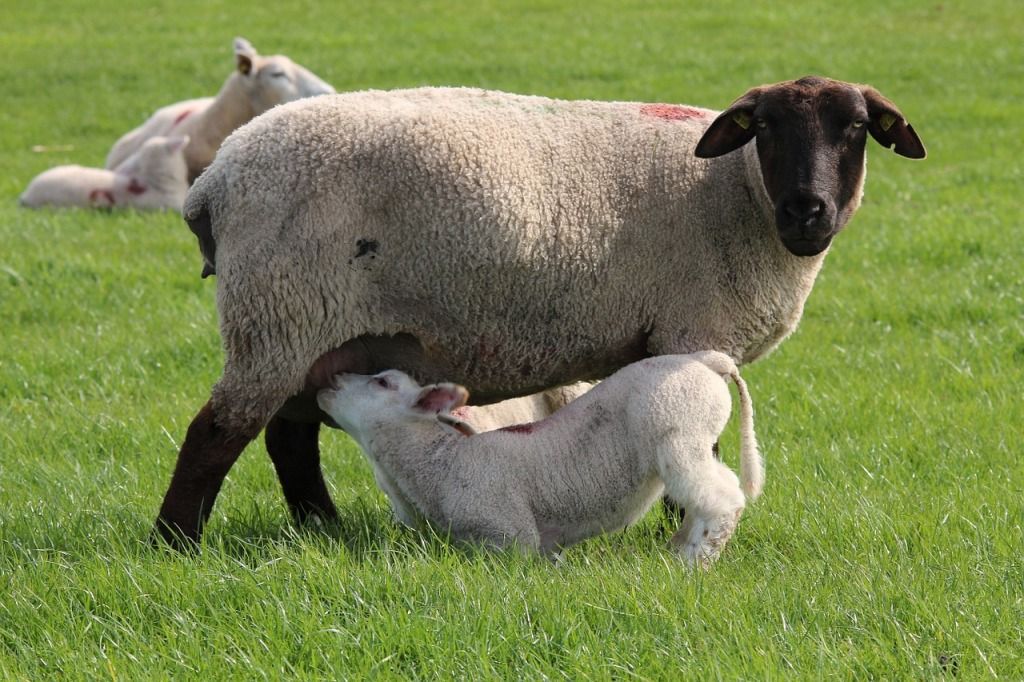 Even with all the right tools and plenty of experience, lambing season can still be a particularly challenging time. There are so many things that can go wrong to complicate a lamb's birth that sometimes we wonder how ewes would ever have gotten by without us; but we know the answer is they probably wouldn't have.

It is important to be prepared when it comes to lambing, and we don't just mean having all the essential lambing equipment on hand (though that will no doubt help). The following are 7 of the most common newborn lamb problems and dangerous illnesses that newborns lambs can suffer from, and hopefully after giving this a read you will know just what to do to lend a hand should one of them ever happen whilst you're around.

One of the most prevalent killers of newborn lambs, hypothermia occurs when a lambs body temperature drops too low and they go into shock. Being ruminants, sheep produce their body heat from digesting their food, and when they are older their developed digestive systems and thick wool is effective at warding away hypothermia. As lambs, especially newborns, have neither of these they are highly susceptible to it; in fact the 'brown fat' they are born with will only keep them alive for several hours at most.

Lambs that do not feed within the first few hours of life will die from hypothermia. Heat lamps and the like might buy you a little bit of time, but not much. If for what ever reason a ewe is unable to feed her lamb, man-made lamb colostrum can be used to provide them with the energy to survive, but this should only be done in an emergency. Other ways of staving off hypothermia are basically common sense, and generally speaking so long as you keep them fed, watered, dry and sheltered from cold, windy weather they should be fine.

Caused by E. coli, watery mouth (AKA. rattle belly) is an infection of the small intestines and can easily result in a newborn lamb's death. Fortunately, as far as common lambing problems go this is one of the most obvious as its symptoms are clear and numerous. Lethargy, extreme saliva production and an unwillingness to feed are three of the most likely warning signs, but often the lamb's abdomen will become swollen too as a result of the infection.

E. coli lives, breeds and thrives in wet, dirty places, which is why it is more important than ever during lambing season to keep your sheds, pens and shelters clean. Watery mouth can also be caught directly from the lamb's mother whilst feeding, as E.coli can fester around the tail if the wool has become soiled. Keeping this area shaved and cleaning it as often as possible are good ways of lessening the risk of watery mouth being contracted in this way.

Treating watery mouth will not be pleasant for you or the lamb, but it's definitely better than falling into a coma that you will never wake up from. Fortunately, depending on how severe or far along the infection is, there are a number of things you can do to help, including: 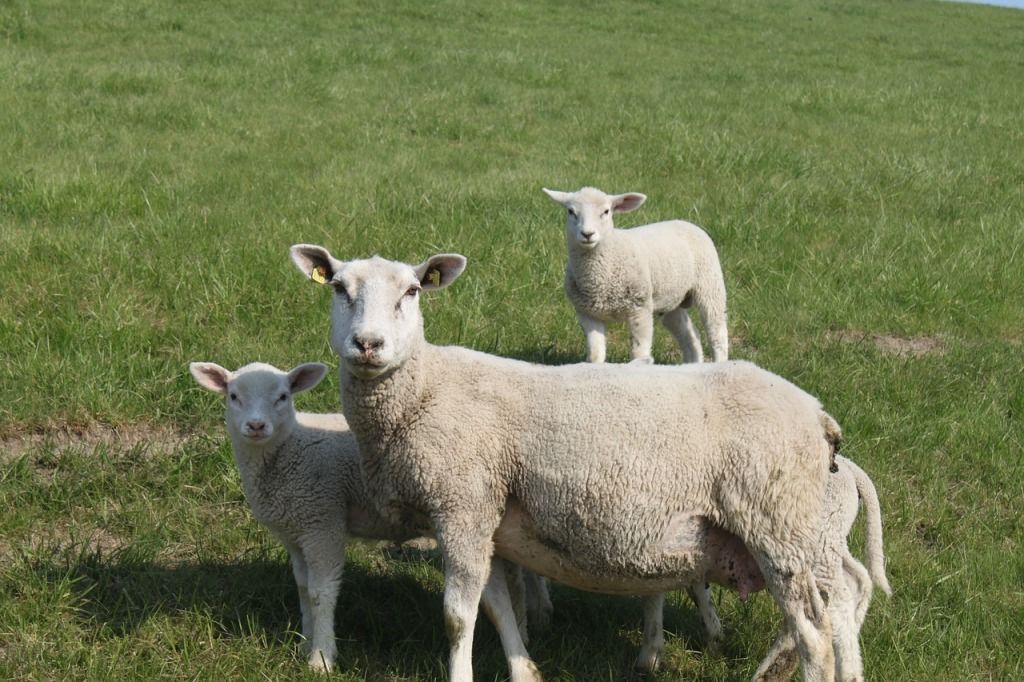 Meningitis is caused by bacteria that invades the lamb's body by the stomach or lungs and then travels to the brain, causing painful, and most likely deadly, tissue inflammation. Certainly not an easy one to treat, even with antibiotics and everything else available to vets, meningitis is not going to give up without a fight.

Prevention is better than cure, as they say, and when it comes to meningitis, and all other bacterial infections for that matter, we are inclined to agree. Luckily there is a lot you can to do keep meningitis at bay, and if you take the right precautions chances are it will never bother you.
We would recommend the following:

Though perhaps not as common as hypothermia, dysentery is definitely the more dangerous, and unlike many of the other common newborn lamb problems mentioned it does not like to broadcast itself. Though it can affect older lambs and sheep, dysentery generally takes its toll on lambs during their first week of life and does so by causing sudden death, which is why treatment is never really an option.

The only way to really combat dysentery is to immunise the lamb by vaccinating its mother, so that her defences against the illness is passed on during feeding. Dysentery vaccinations cannot simply be administered a couple of days before birth, in fact to ensure the best chance of survival the first vaccination would had to have been administered whilst the mother herself was still a ewe, and then topped up with boosters every year after.

Caused by an infection of the liver, usually due to the navel not being cleaned sufficiently directly after birth, lambs with Hepatic Nectobacillosis normally start to present symptoms during their second week of life. They will appear drawn and thin, constantly fatigued, uninterested in everything (even their mother), will not run away if approached, and will have adopted a peculiar standing position in which all their legs are close together and their backs are arched.

As far as common lambing illnesses go Hepatic Necrobacillosis is one of the worst. Whether or not a lamb develops it is highly dependent on its first 15 minutes of life and once the liver is infected there is nothing that can be done. A lamb with this disease will undoubtedly die, which is why as soon as it is discovered it is considered good practice to euthanise the animal to spare it from a painful, drawn-out death.

Septic Peritonitis is an infection of the abdomen that manifests itself within the first week of life. Newborn lambs affected by it will spend a lot of time lying down, or standing with an arched back and a limp, drooping head, and they simply will not feed or drink.

Similar in the manner it is contracted and prevented to Hepatic Nectobacillosis, Septic Peritonitis will quickly result in dehydration and it will not be long until the lamb succumbs to the disease. There is no cure, and would be kinder to euthanise the lamb as soon as the illness is discovered.

Also known as Pregnancy Toxaemia, twin lamb disease normally occurs, as the name would suggest, when a ewe gives birth to a pair of lambs; but it can also affect single births. Pregnancy toxaemia takes place when the mother has not been able to absorb enough energy from her food - this is more common in mothers of twins as the two lambs growing in her womb restrict the rumen and greatly inhibit its ability to store and draw nutrients from its food.

Providing food at intervals no longer than four hours apart during the last two months of pregnancy has proven to be a very effective way of preventing twin lamb disease, but only if nothing else goes wrong. Giving birth is taxing enough on the ewe's energy reserves, but also having to deal with illnesses or physical ailments at the same time can completely exhaust the mother, and if the ewe has no energy then the lambs developing inside shall not be getting much either. 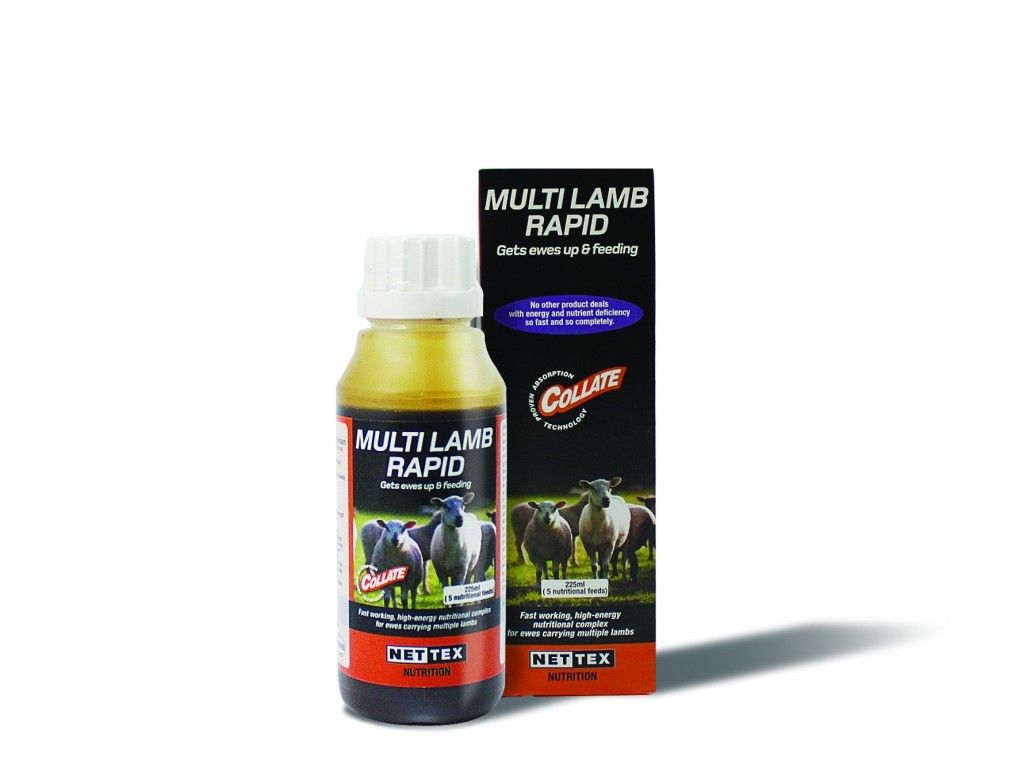 When a ewe with twin lamb disease gives birth they will not be able to provide colostrum to their newborn lambs. As we have seen above, many of the dangerous illnesses that commonly affect lambs can be prevented, or at least protected against, if lambs are properly fed within the first few hours of life. Pregnancy toxaemia puts both the mother and her children in peril, which is why it is essential to provide pregnant ewes with clean surroundings, plenty of food and to just generally take good care of them. 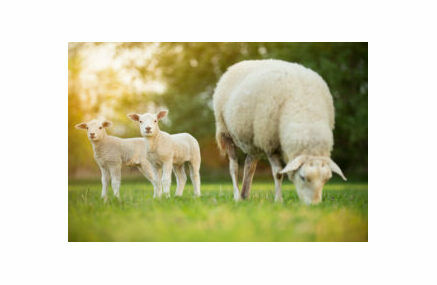 For most farmers who rear lambs tail docking is a standard practice. Some may view it as a cruel practice, one that is carried out more for the benefit of the farmer that the animal itself; but this would in an incorrect assumption. Tail docking is not carried